We couldn't close 2014 without recognizing some of the industry's influential names in Caribbean music and entertainment. Narrowing the list was a major undertaking, but after careful consideration and feedback from fans world-wide, It's complete. Here's our salute to 10 artists that are impacting the music industry in a major way.

Shaggy - Shaggy first proclaimed his "boombastic" status in the 90's. Now he is the most prolific living Reggae and Dancehall music artist. His career spans over two decades during which time he's sold over 10 million records world-wide, founded two successful independent labels, and helped to launch the careers of some of the Caribbean's talented artists. His philanthropic effort, The Shaggy Make a Difference Foundation, hosts an annual benefit Concert that has helped raise millions of dollars for The Bustamante Children's Hospital in Jamaica. When asked about his accomplishments thus far Shaggy stated "I'm seeking the fullest expression of myself as a human being. I say to God all the time, keep using me until you use me up." Big up to you Shaggy! 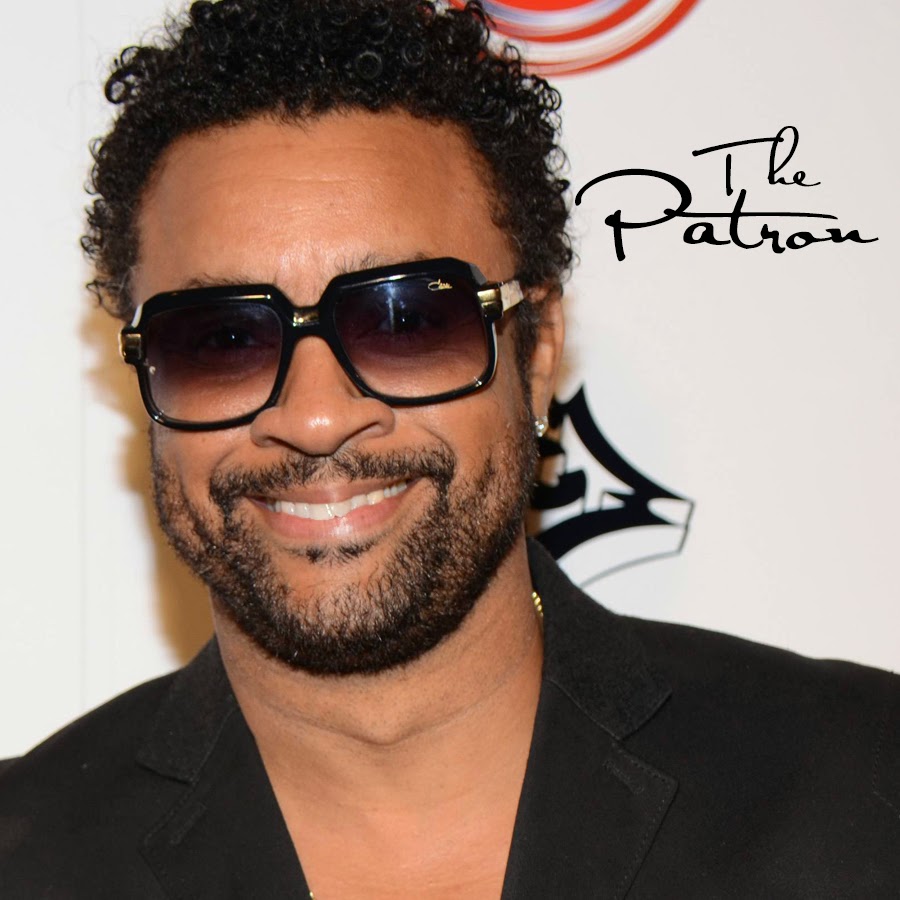 Cherine Anderson - She earned the moniker "Queen of Dancehall Soul" after the 2009 release of her acclaimed project "The Introduction EP - Dub Style." Since then this rapper/actress/songwriter has been on go releasing hit after hit including 'Kingston State of Mind' 'Shine on Jamaica', and 'Wah Dat Fah'. Most recently she's been working tirelessly with her team to expand the "Reach One Child (R.O.C.) Foundation" initiative. R.O.C. is committed to helping create educational opportunities and building leadership skills for Jamaica's youth. Cherine is also the spokesperson for Yoplait & Jamaica's Breast Cancer Awareness Campaign. 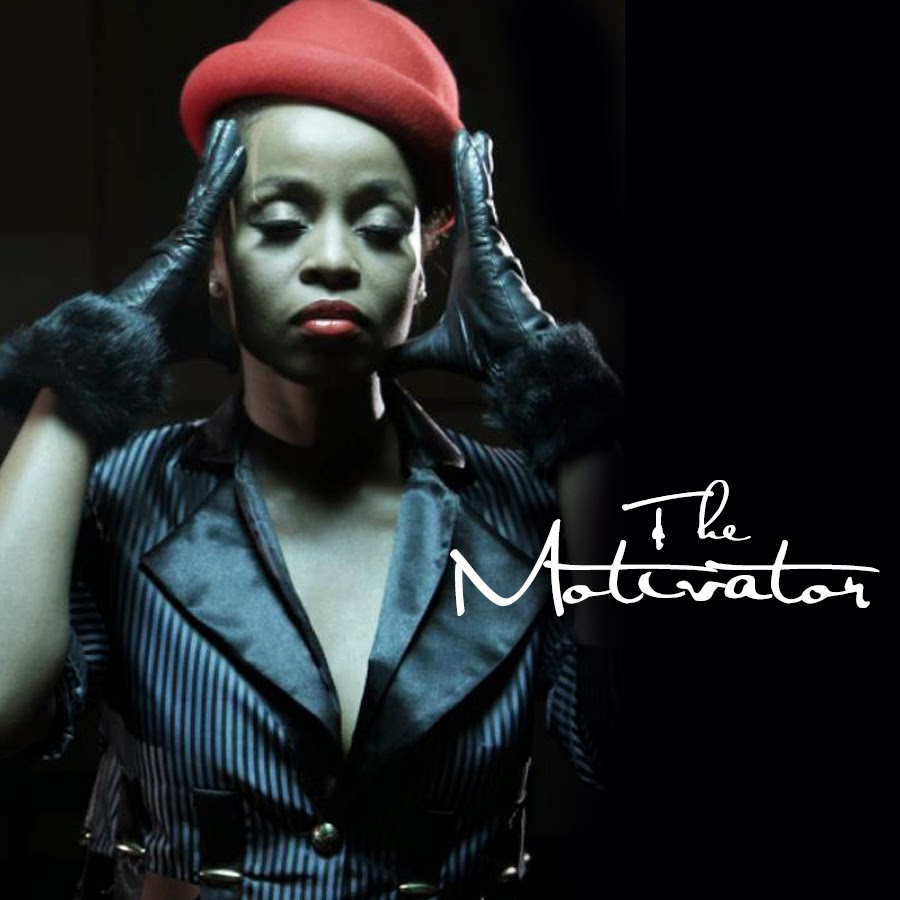 Inner Circle - It's no wonder that Inner Circle is one of the biggest acts in Reggae. They own the most played Reggae song in the nation, 'Bad Boys', which was featured in the blockbuster film 'Bad Boys' and the long-running television series 'Cops.' The Grammy award-winning band began their career in the 70's and became one of the first Jamaican groups to tour in the United States. Inner Circle's fusion of Pop, Reggae, and Soul helped them to create their own lane, in the saturated industry of Reggae and Dancehall music, and blaze trails for others to follow. Their most recent efforts have found them collaborating with contemporary artists including Chronixx, Bizerk, Pitbull, and Flo Rida. According to Roger Lewis (co-founder), working with these artists "is a perfect bridge of past and present. We collaborate with the artists we feel have the right vibe and who touch us musically." Bunji Garlin - If you follow the "Viking" on Instagram, then you know he's serious about Soca music and the impact it's having on the music industry right now. Bunji Garlin has been writing and recording music for more than a decade, but 2014 was definitely his year. He notched one of the biggest tunes of his career (Differentology) and negotiated a deal with major label RCA Records. With the help of his dedicated team, including his wife Faye Ann Lyons, he plans to conquer uncharted territory. "There is an undeniable feeling that a huge percentage of my West Indian people have no idea of what's happening with this (Soca) music on a global scale and I say, it's impossible to know what's happening elsewhere if we don't look to see what's happening elsewhere..."

Tessanne Chin - In 2013 NBC's The Voice viewers became privy to a secret we discovered back in 2009. Tessanne Chin is a vocal powerhouse. From the time she bellowed out the lyric's to Pink's 'Try' in her blind audition, the nation was mesmerized. Since then, she's sang alongside both her idols, Celine Dion and Aretha Franklin, performed at the White House, and headlined shows with industry heavy weights including Ne-Yo and Lauryn Hill. Tessanne has also been busy flexing her philanthropic muscles, participating in various initiatives, most notably 'The Shaggy and Friends annual Benefit Concert" that aids The Bustamante Children's Hospital in Kingston, Jamaica and partnering with Rotary International, as Polio Ambassador, helping to eradicate the Polio disease. 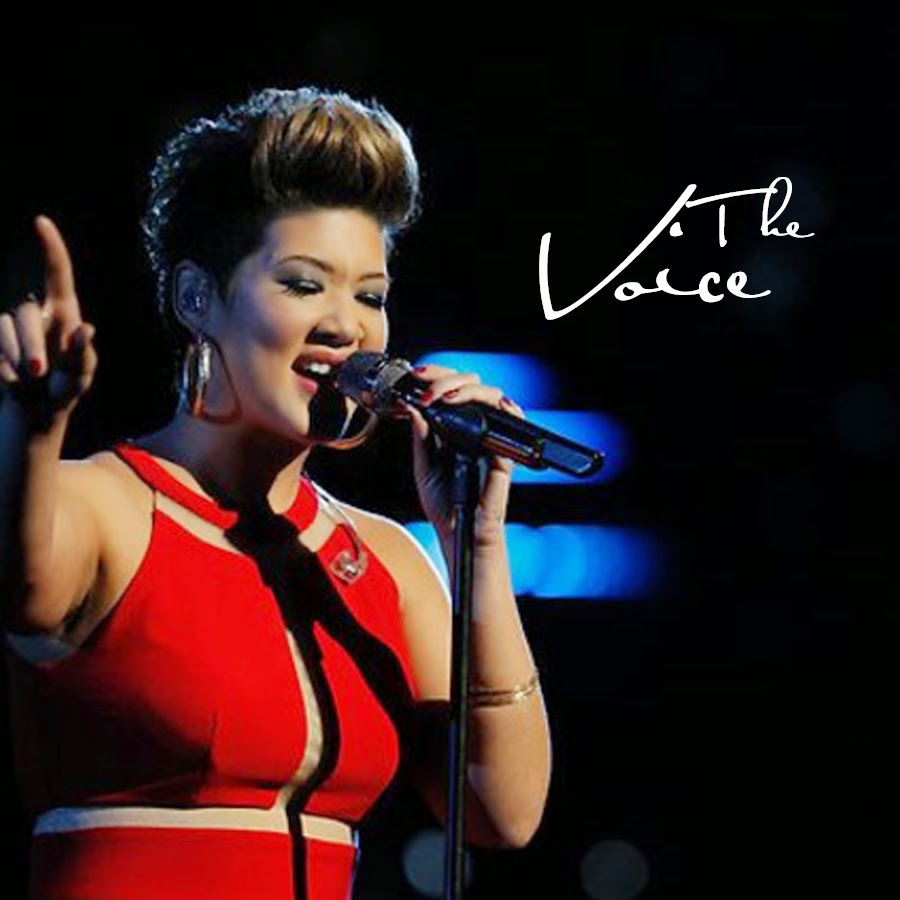 Mr. Vegas - Mr. Vegas is one of the Caribbean's most electrifying, captivating, and often times controversial Reggae and Dancehall music artist (follow his Facebook account). Hands down, he is the most consistent artist (stylistically) and lyrically he has never been afraid to explore taboo subjects such as religiosity and sexual innuendo; however, his most successful tunes are those that pay tribute to Jamaica's energetic dance culture and those that proclaim the beauty and tranquility of his beloved Island. With his recent project 'Reggae Euphoria' (released Sept. 2014), Vegas staged his first celebrity benefit concert to fight hunger in Jamaica's Mustard Seed Communities. 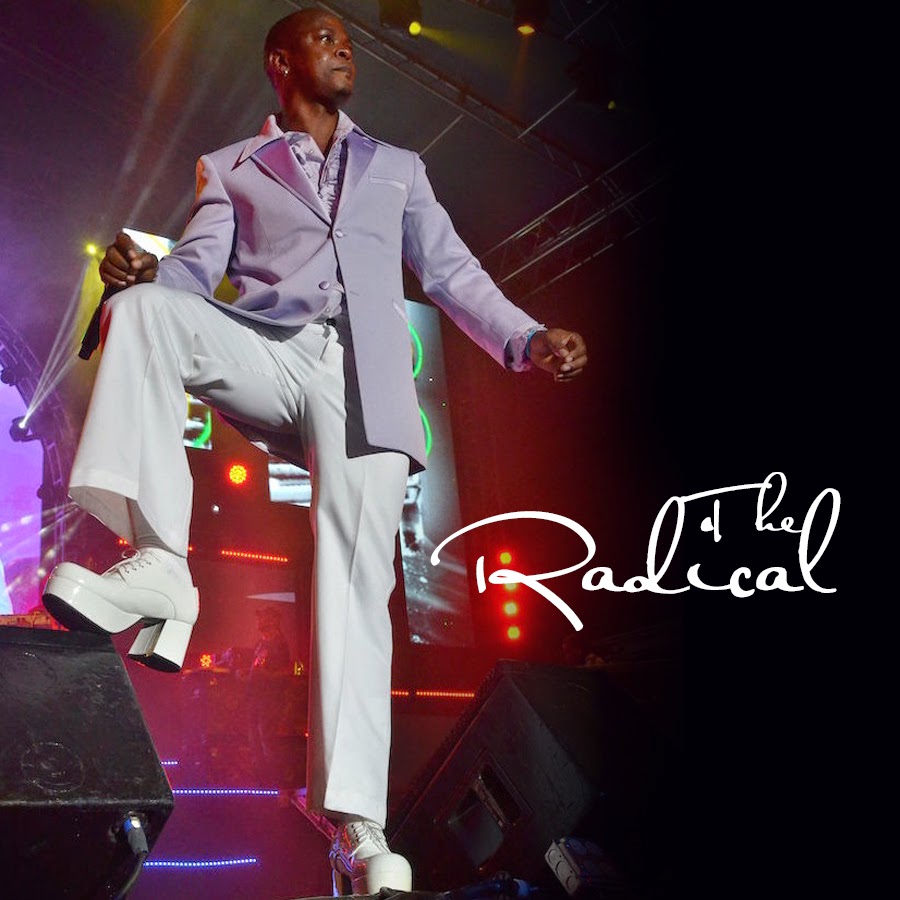 Etana - She's known as "The Strong One" and with good reason. Aside from Etana's very brief stint with an american pop group, she's been writing and singing lyrics about empowerment, love, and pride in self and culture. These themes are emphasized throughout her four studio albums 'The Strong One', 'Free Expressions', 'Better Tomorrow', and I Rise' and they are messages that have inspired fans (#thestrongones) to buy her music (Etana is the first female Jamaican artist to top the Billboard Reggae Music chart in nearly 20 Years). 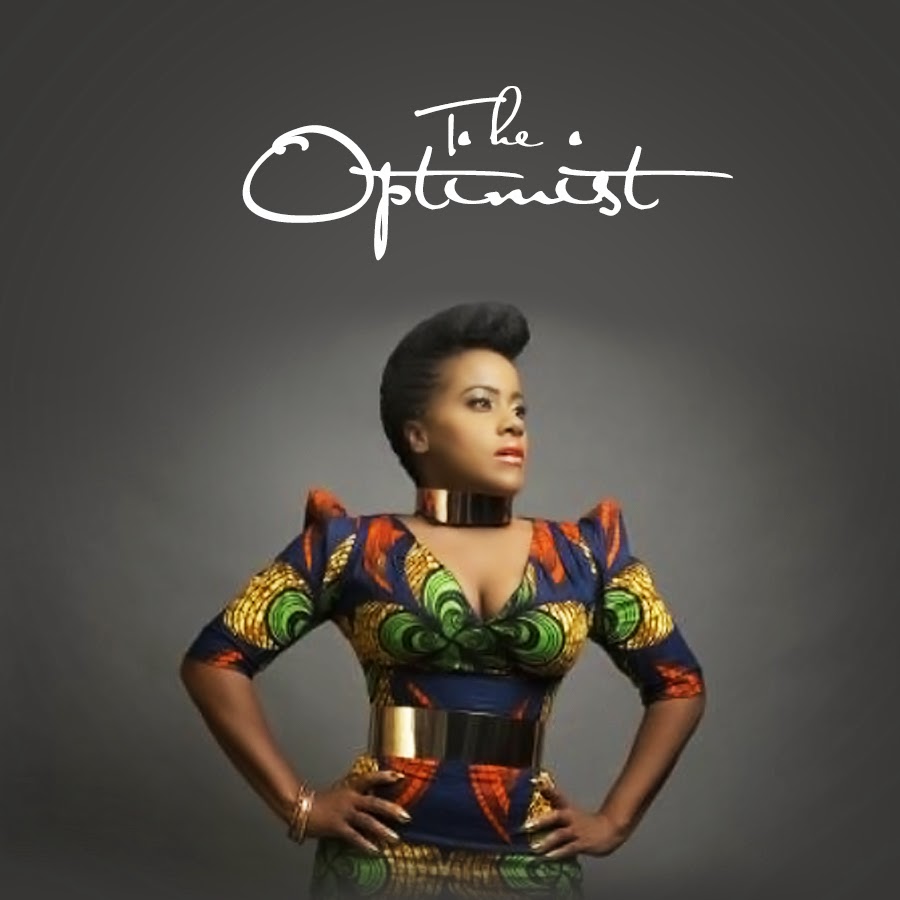 Don Omar - The one-time Protestant youth minister traded in his sermons for music and became the best-selling Reggaeton music artist to date. In 2006, Don Omar's 'King of Kings' became the highest ranking Reggaeton album in the United States, the most successful album of the decade in Latin America, and the most successful in the history of  the Reggaeton music genre. His music has been featured on the Grand Theft Auto video game series and in the popular Fast and the Furious movie franchise. He's the CEO of Orfanato Music and has several artists under his tutelage.

Jahmiel - Jahmiel is emerging as one of Reggae music's brightest stars. Inspired by icons like Buju Banton, Sizzla Kalonji, and the late Bob Marley, he's been writing conscious lyrics since he was a youth. He said "music is influential and I'm always gonna be on the brighter side. The side which influences people in a positive way." Jahmiel took center stage at this year's  staging of 'Sting' and wowed the crowd. There's a whole lot of power packed in this pint-sized punch. 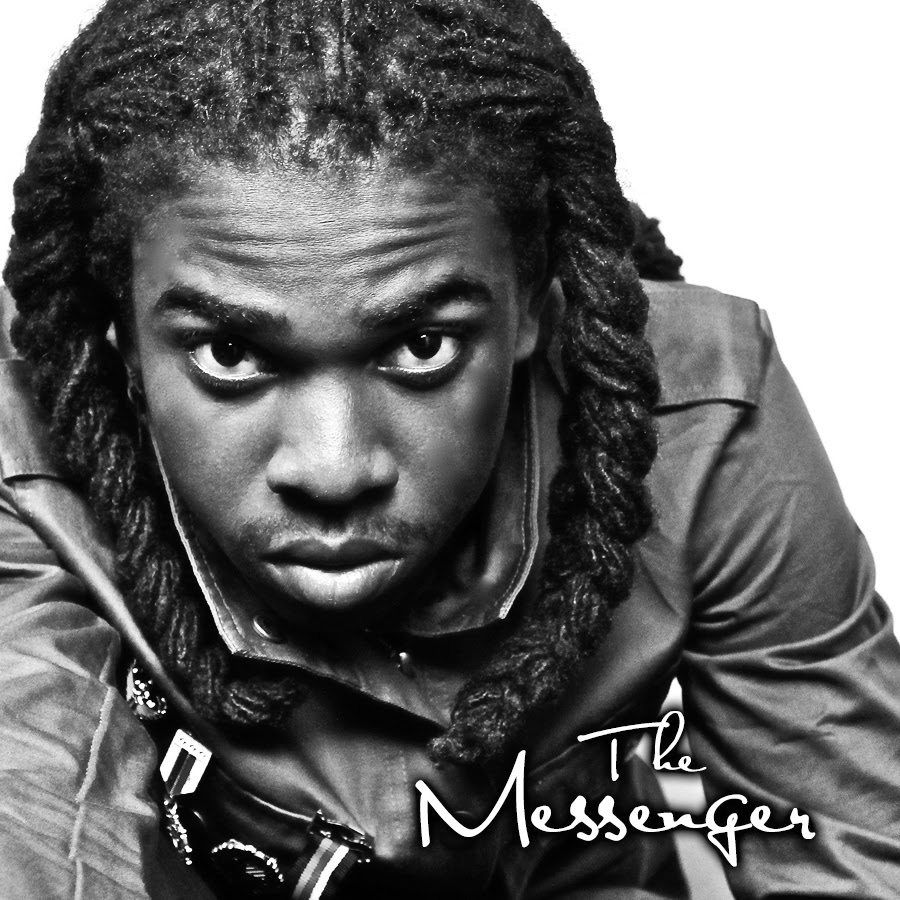 Soja - Soja (Soldiers of Jah Army) is a DC- based band that performs Reggae music, but its not your traditional Reggae. It's a crafty blend of various genres of music including Go-Go, Latin, and Hip-Hop. They been performing together since the late 90's and have attracted world-wide attention and topped Reggae music charts with their funky tunes and conscious lyrics. Their current release 'Amid the Noise and Haste' includes a collaboration with Reggae music mainstay Damian Marley and has been nominated for the Grammys' Best Reggae Album, competing against Ziggy Marley, Shaggy, and Lee "Scratch" Perry among others. "I wanted to be Bob Marley since the first time I saw a picture of him" says lead singer Jacob Hemphill. "Conscious music needs to have a spotlight on it and he did that bigger than anyone who ever lived." 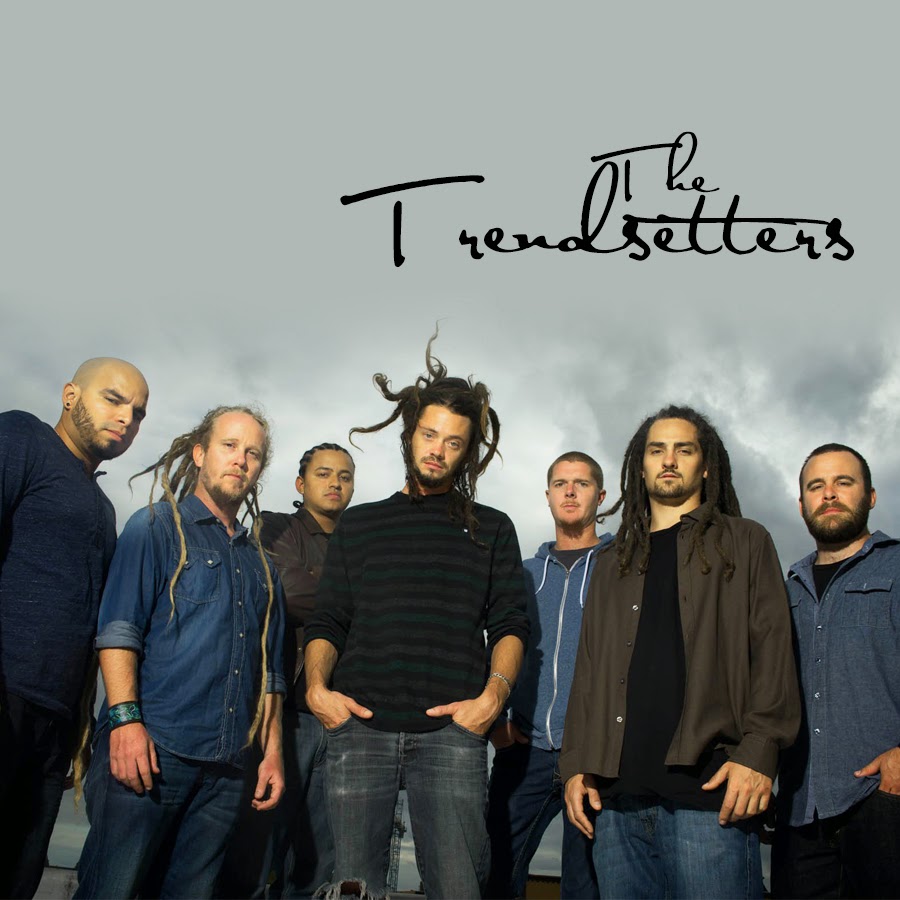