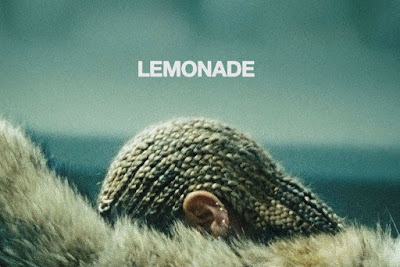 Let me start by saying, it took me a LONGGGG time to push play on Beyonce’s new visual album, Lemonade. My stubborn hesitation had more to do with me as a person than the flowing, blonde wig wearing 34-year-old powerhouse who can “cause all this conversation.” Her stellar business acumen aside, I just don’t like overrated art, and I had the feeling that once again Beyonce had found a way to sing and dance just like everyone else while commanding a mega following like no one else. But don’t come for me yet Beyhive—just keep reading.

On all accounts, I WAS WRONG.

Lemonade, in all of its 65-minute glory, is well worth the hype. It was the most beautiful, haunting, horrific, courageous, outstanding piece of visual artistry that music lovers have seen perhaps ever (yeah, I said it)! With agonizing vulnerability and honesty, Beyonce navigated viewers through every stage of a black woman’s grief while tackling weighted subjects that have caused our race infinite heartbreak. Tales of cheating husbands, absentee fathers, European beauty standards, racism, sexism, police brutality, and self-esteem all take center stage in this impactful musical drama. Plus, it had a satisfying amount of “rachetness” sprinkled in (Becky with the good hair, anyone)!?

But that’s not all it is. Lemonade is also an overdue celebration of black feminine majesty. Many times throughout the album, Beyonce is joined by a host of beautiful black women of all shapes and sizes—including Serena Williams, Zendaya, and Trayvon Martin and Mike Brown’s mothers. Some of these black women dance or twerk along to the beat, others stare hauntingly into the camera, and a few just stay eerily still almost like stunning back drops or window dressing. No matter their physical or emotional stance, they ALL exude black regality and greatness with their ability to keep living after heartbreak and pain. Simply put, they are making lemonade out of lemons and they look good while doing it.

The beautiful songstress also dawns several spiritual identities throughout including the African orisha, Oshun, as well as Erzulie Red Eyes, the Haitian spirit. I couldn’t help but scream YASSSS every time I could identify yet another deity that Queen Bey was paying homage to.
Even the lyrics transcended the physical realm and exuded an African spiritual quality. To accomplish this amazing feat, Beyonce employed now famous poet, Warsan Shire, to deliver the album’s strong messaging with lines such as:

"you can't make homes out of human beings.  someone should have already told you that and if he wants to leave then let him leave."

Sigh. This album is just sooooo good and it hit me right in the feels.
Lemonade has already made Tidal, Jay-z’s streaming website, more than 150 million dollars. In 48 hours after Lemonade was released, there were 4 million tweets from fans who were discussing the album. That’s the power of Beyonce. She knows how to start the conversation. She knows how to build the hype. This time, there is no doubt that she deserves all the accolades because she has made a project that is bigger than her. This really is a celebration of all of us and we should be proud of our sister for showcasing our pain and beauty!