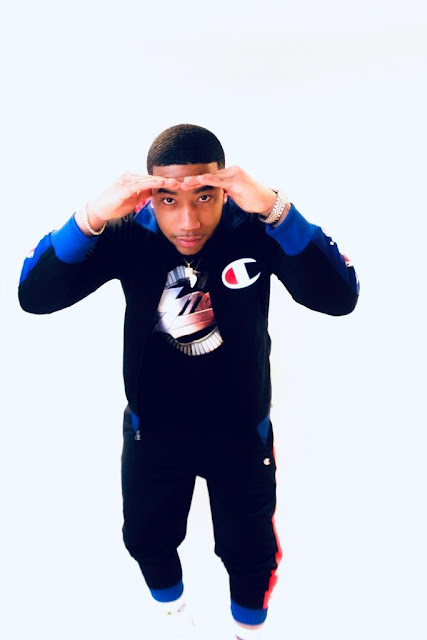 Malikk Clarke was born in Paterson, New Jersey to Jamaican parents on March 8, 2000 shortly after his mother had migrated from New Haven, Duhaney Park. The US-based artist grew up between the United States and the Kingston 20 area, as he would travel each year, and at times twice per year, to visit his father who lives in an uptown area of Saint Andrew.

Malikk, which means “King” in Arabic, originally went by the stage name Likko at first by shortening his first name up to the age of about 14 before changing it to something more marketable. He chose Lajik, a play on the spelling of the word “logic”, because he was always prone to holding logical conversations with all types of people he encountered throughout his life.

The 20 year old upcoming Dancehall Recording Artist attended private school before later attending the Passaic County Technical Institute (P.C.T.I) where he studied carpentry. In 2008, Lajik had the opportunity to play soccer in Birmingham City in the United Kingdom. He also had a short stint at the New York Red Bulls team, playing for the B team. After graduating high school, Lajik decided to go to the Fortis Institute, after turning down a soccer scholarship to a business college, where he graduated and became a certified Electrical System Technician (EST) at the very young age of 19 in 2019.

“I never knew I would love music so much because throughout my life, my dream was to become a professional soccer player. Even when I didn’t have time for anything, I would still find my way into the studio or writing music. Sometimes I would even write music before a soccer match,” says Lajik.

Both his parents have always been supportive of his music career but his main influence growing up was his older brother. Lajik would watch him do music from a young age and marvel at his artistry. Since the age of 12, Lajik began pursuing music. He had often gone to different studios and do little rap battles in school. Similarly, whenever Lajik was in Jamaica, he would deejay with friends on the soccer field and recorded his first song then. When he turned 17 years old, Lajik got the chance to meet female Dancehall Artist, Stacious, and ended up going to her studio the very next day to record the single, “Uptown Gyal”.

In 2019, Lajik released his first EP called “Never Ease Up” on the 4th of July, which contains seven (7) tracks with songs like “Uptown Gyal” and “Pretty Baby”. It was produced by Cymzik, Lespree Records and Mindkey, and distributed by DistroKid. In May 2020, his brand new song “Weed Ring” came out with “One Bagga Gyal” soon to follow. Both tracks were produced by Blaza Production.

“I feel like this song will give my career the push that I need,” explained Lajik when asked about “One Bagga Gyal”.

Fans can expect this song around summer 2020. Currently, Lajik is working on dropping a few more singles with the aim of giving listeners more great quality music and hopefully get the breakthrough to becoming successful. Lajik is always open to working and collaborating with anyone and within the next five years, definitely sees himself in the Dancehall space, feeding people with long-lasting music and making it to the top of every chart. He urges all upcoming artists like himself to be consistent and don’t give up. Always try to perfect your craft and become the best at it.

For all things Lajik, including for dubs, jingles, shout-outs, interviews, recording and for copies of his tracks to promote through your medium, please contact his Public Relations Officer, Lesley Hayles via email at lesleyodyssey@outlook.com or 1-876-414-2660 on WhatsApp. Follow Lajik on all his social media pages and support him by purchasing his music online.