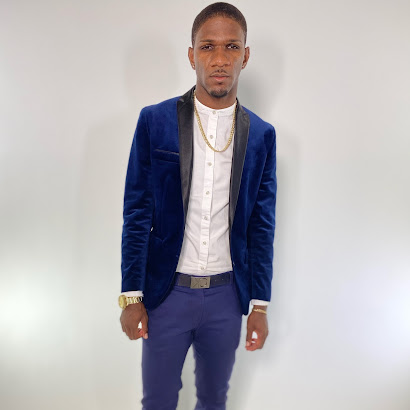 Varian Crossfield is a Jamaican Dancehall recording artiste, who was born on August 13 and goes by the stage name Varian Di-Best. Hailing from the Spanish Town area of St. Catherine, Varian spent his earlier years in the ghettos of Spoilers, August Town and Duhaney Park, before settling in Spanish Town. Even though he currently resides in New York City for the past 9 years, the US based artiste still calls Spanish Town his home and frequently visits whenever he can each year.

The former student of the Calabar High School is very determined in making a name for himself on the local and international Dancehall and Reggae scenes. With his numerous singles out already on his VEVO channel and all major streaming platforms, Varian hopes to make that a reality in the very near future.

His family is very supportive of his music career, especially from his father, professionally known as Red Danger, a former artiste himself. Varian got his start when he first saw his father doing music and aspired to do the same. Just recently taking his career more seriously, he genuinely gets his inspiration from his organic love of music. His musical influences are all artistes who make good music, no matter the genre, and jokingly admits that he is a "fan and A/C" of every artiste.

So far, the upcoming artiste has not done any tours but has performed on several shows across Jamaica and New York.

In May 2020, one of his latest singles, "One For Me", Varian states has the potential to cross over globally, which he therefore expects to pull big numbers in sales. A video to accompany the track was also released in July 2020 and can be found on his YouTube channel.

Varian aims to make good music for all. He believes wholeheartedly that Varian Di-Best is the next “baddest” Dancehall Artiste out of Jamaica.

Contact his PR, Lesley Hayles, at lesleyodyssey@outlook.com or via WhatsApp at 18764142660 for interviews, features and more.