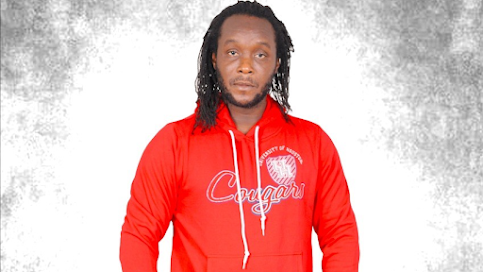 Zazzi Flames was born Nugent Whyte in Kingston, Jamaica some 36 years ago. He attended the Maxfield Park Primary and Norman Manley High Schools before moving to Saint Elizabeth where he works professionally as an Electrical Welder. His brothers and friends gave him the name “Zazzi” but recently added “Flames” on the advice of his team due to the fact that so many other artists have that name.

The Dancehall/Reggae Artiste realized he wanted to do music since age 9 and has been writing songs ever since because it comes so naturally to him. This realization is what initially drove Zazzi to do music but didn’t pursue it until he was 19, with the continued support of his parents, even though no other musician is in his family.

Musically, Zazzi states that his inspiration comes from everyone who does it with passion, with his influences growing up being Sizzla Kalonji, Bounty Killer and Buju Banton. He’d like to work with anyone who has the same level of passion for music as he does.

So far, Zazzi has only worked with Frassout Records, releasing his first record, “Stinking Rich”, around 4 years ago and several singles afterwards. He then dropped his first EP, “Living Out Your Dream”, in 2019. 2021 sees the completion of his second EP, titled “Star Quality”, which is poised for release any day now and includes 5 tracks. The entire album is produced by Frassout Records and will be distributed via Hapilos. The first single is called “Star Life”.

The third EP is already in the works. Even though he isn’t officially signed or managed by anyone yet, Zazzi says he likes working with Frassout Records.

Within the next 5 years, Zazzi sees himself touring the world and hopes to have accomplished as much as he can musically by then. Through his music, he would like to share positive and intelligent messages to fans and other upcoming artists like himself.

“Living out Our Dreams” EP on #Deezer: https://deezer.page.link/yLgnsNVvDmgd95Jm9