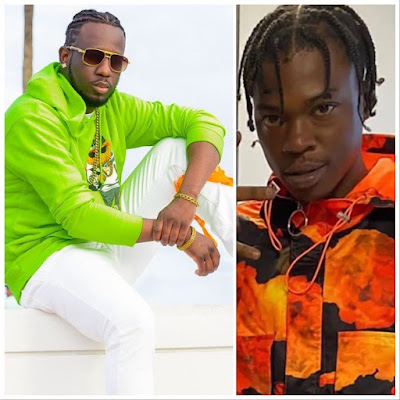 Imagine this: Cardi B throws a Dancehall party for her birthday in Los Angeles, Safaree promotes Coote Boss’ Rifle Walk dance move in Miami, including at the Best Of The Best stage show, then boom! Xyclone and Skillibeng tops the iTunes charts in the USA! What a week!

It was the week of Columbus Day in America, and Dancehall was placed on the map but it was on Friday, October 15th, that the week closed out on a high. Not one, but two international artistes dropped two albums on D-Day and won. Dancehall took another leap into the stratosphere as these recording artistes made history with chart-topping success.

Xyclone and Skillibeng each released an album but it was the Congress Society artiste, Xyclone, who finished the day on top. Many would seem surprised but it’s not the first number 1 placement for the artist. Xyclone has charted every year since his second album, "From The Basement To The Big Leagues", in 2016. Now, with "The Sounds Of South America", Xyclone has continued his upward trend towards the “big leagues”. Xyclone also finished in the number 1 slot on the Amazon Music Charts and finished at number 27 overall in the USA on iTunes.

Don’t think Skillibeng’s album is one to be downplayed. The highly anticipated "Crocodile Teeth LP" is definitely one to get for any Dancehall lover. With the expected explicit and sexually charged content that is synonymous to the artiste, it’s a hit for all his fans.

The charts will definitely be closely watched over the weekend and in the coming weeks to see who will remain on top. No matter who stays, the motive was achieved: Dancehall Can't Stall!