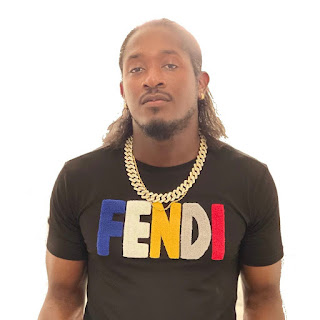 Underground Dancehall prodigy and songwriter, Jinyus, says he is confident that his next EP, has what it takes to earn him a Grammy nod next year. With all the attention he’s received in 2021 with his current EP, “Yuh Zimi”, it would not come as a surprise if he did. The Portmore native is now based in New York and has always been known for his freestyles and witty word plays. This somehow gained the attention of some very popular American superstars, including 8-time Grammy-winning producer, Scott Storch.

Storch co-produced the first single from the “Yuh Zimi” EP called “Welcome To Jamaica” in collaboration with SOS Dynamiks, a Jamaican Grammy-winning producer, alongside JJ Wizzle, a DJ and upcoming producer currently making waves on the Dancehall scene. Storch passed the finished product to his celebrity friends who praised Jinyus for his creativity and contacted the artiste via Instagram.

In May 2021, Jinyus even managed to grab the attention of 2-time Grammy nominated rap superstar, The Game, who said that his music was fire, in a screenshot Jinyus posted on Instagram. In the Direct Message, The Game can be seen saying, "Saw u & Scott Storch put in work I can see why bro ya sh** fire". Others have also been reaching out to the young songwriter to tell him how much they love his work.

Comedian/actor, DC Young Fly from Wild ‘N’ Out fame, offered some free advice to Jinyus in July but complimented him on his hard and talent level. “Yo u go in, u just need the push imma be honest with u. The views don’t match up to the talent level….” Then in August, Uncle Murda, a rapper known for his 2018 hit single “Get The Strap”, now turned actor on the Netflix movie, Reprisal, and who also just visited Jamaica this past October, noticed the work Jinyus was putting in and messaged him to hopefully help Jinyus get some plays: “Yo. What’s up gang I see u working what you got coming out?! I got a few plays I want to put you on.” 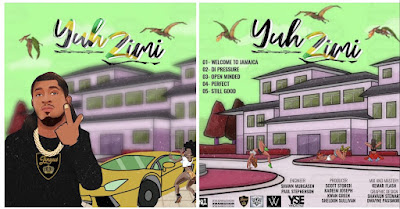 Other songs on the “Yuh Zimi” EP were produced by newcomers KLJ Productions and KwanKussion Records out of Maryland. It was released independently under his label, Jinyus Music, on all major streaming platforms and on his birthday, September 12, 2021.