Jenelle Alexia, the Legends Boss, on her way to fashion stardom 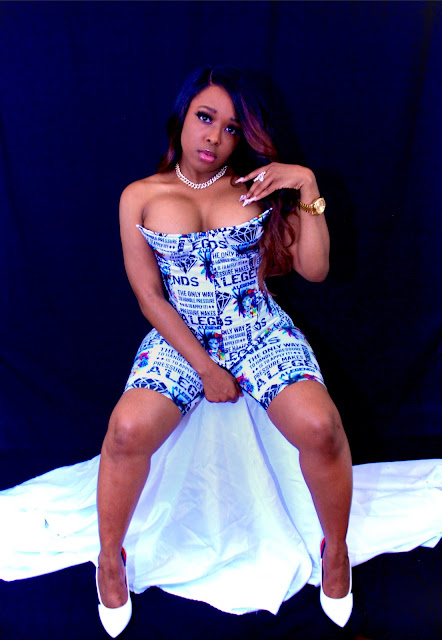 A’Legends owner and designer, Jenelle Alexia, is creating a niche for herself, not only in Dancehall entertainment circles, but also within the international fashion industry in the US. From hosting pop-up shops to writing books and being apart of movies, the Legends Boss has a lot on her plate but this free-spirited individual lets nothing hold her down.
For international women's month, Jenelle Alexia was featured live on CVM at Sunrise on March 7, 2022 where she did a portion of the fashion segment, talking about her A’Legends clothing line. The interview is available on YouTube here: https://youtu.be/KBp1qwAMde0

In Vershon’s “In My Life” music video, released on April 7, the A’Legends brand can be seen being worn by Vershon himself. That video can be viewed here: https://youtu.be/zzCFBvZ-UaQ

Jenelle was then called upon to sponsor the gift bags at the Brooklyn Fashion Week event on April 10, 2022. The influencer bags were the A’Legends shoulder bags with A’Legends branded masks inside. It was a major success and Jenelle is grateful for the opportunity to be apart of such a caliber of event. To be placed on that platform has been a huge experience for her, one that has definitely added a notch to her legends belt and opening bigger doors for her.

The month of May will see Jenelle doing several pop-up shops in and around the states of New York and New Jersey. So far, 4 dates have been confirmed, with more to come. You can also find her in attendance at the New York movie premiere of the Jamaican film, Second Chance, starring Dancehall icon Spragga Benz. We can all expect a dazzling A’Legends outfit sure to stand out on the red carpet.

Jenelle has been trying her hand at acting as well, with her first role coming in the film, 3-11, co-starring Macka Diamond, that has already had it’s first premiere on February 5 in Upper Darby, Pennsylvania to great reviews. The premiere was sold out and received a standing ovation from the audience at the end of the movie. The second premiere will be on May 14, 2022 in Lansdown, Pennsylvania and then released on all platforms afterwards.

After a successful published first book, Jenelle is also gearing up for the release of her second book mid-summer. It is titled Jenelle to A’Legends and will be available on all online book stores, including Amazon. Jenelle is expected to showcase her designs on stage this October at the New York Fashion week event in Brooklyn.