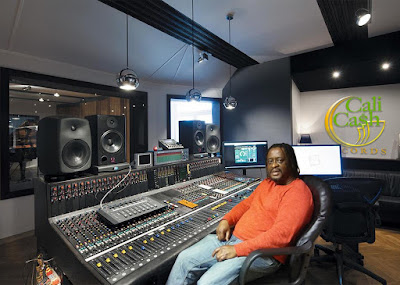 Born Kevin Donaldson, California Clive grew up in Waterford, St Catherine, Jamaica. The original sound system DJ has turned his sights towards producing music that he has been spinning on the turntables. Initially, his musical journey began with him playing disco music to impress girls at a house party when he was just 12 years old.

In 1983, California Clive started working for Sir G's sound called Star Force International, before he moved on to Heat Force Sound in 1986. By early 1988, Squad 1 Sound from St Johns Road, in Spanish Town, Saint Catherine, where the sound clashes and juggling started, hired him to represent their sound system. After migrating in 1991, Raw Deal Sound in Baltimore, Maryland was his new employer and here he began making his name in the US market.

California Clive retired from playing music, from 1998 until 2008 when he joined Wild Out Radio as a radio disc jock before going back to the dance hall arena in 2009 by building his own sound system called the Wild Out Squad. However, in 2012, the decision was made to walk away and leave that sound system to friends and going solo as DJ Cali Clive Di Juggla. Being booked in over 16 Different states in America and 11 different countries around the world put California Clive on the forefront of the sound system business in the United States. He then started working at Real Explosion Radio in 2017 and continues to play solo in the dance hall to this day. The disc jock is also a promoter and keeps parties around the Baltimore Dancehall circuit.

It was always his dream to sing a song or to produce music but soon realized that singing was not his forte. Hence, California Clive stuck to just producing it and released his first production called Gangsta Bounce Riddim in 2017. Since then, he has learned the business, built his own studio and became the proud owner of his own label, Cali Ca$h Records.

California Clive made the promise to produce and present only great music to the world. Despite the global pandemic caused in 2020, he managed to create greatness with his latest project, the Money Law Riddim. The now released compilation features several known and new artists like Jah Mason, Hot Frass and Medician. 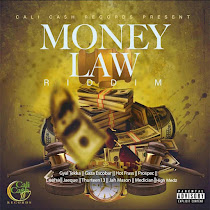 The tracklisting for Money Law Riddim is:

The Money Law Riddim has been available for purchase on all online media outlets since July 24th, 2020. It is distributed by Zojak Worldwide. The aim of this juggling is to have the whole world thinking about saving or spending which California Clive says that 95% of the songs on this riddim will have everyone doing just that, while learning the rules of Money Law.

Persons may contact his Public Relations Officer, Lesley Hayles, via email at lesleyodyssey@outlook.com or WhatsApp 1-876-414-2660 to schedule interviews, collaborations, features and productions. To keep in touch with California Clive, fans can follow him on his social media accounts here: