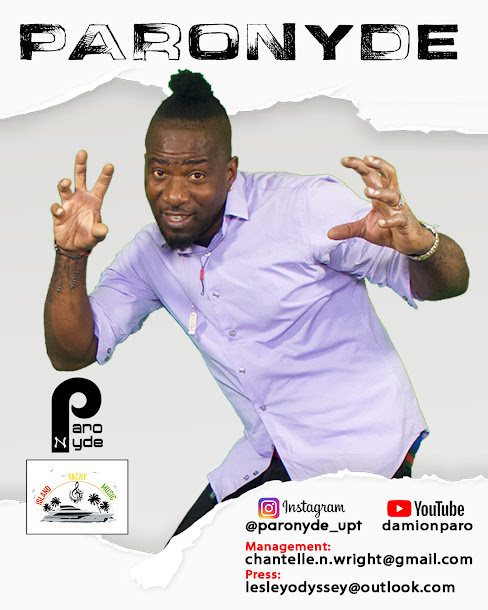 Brown got the name “Paronyde” from a childhood friend who gave it to him as a joke. When he realized he wanted to be an artiste around the age of 15, Brown decided to keep the name Paronyde as his stage name. It wasn’t until he turned 22, though, that he started to pursue music. His mother has always supported this career choice but not his father, especially since no other musician is in his family.

His first recording was a track called “Next DJ Out Of Jamaica” on the One Pop/Taxi Gang label in 2003 working with Kaz One Pop. It was never released and the disappointment caused Paronyde to take a break from music. Eventually, Paronyde migrated to the United States in March 2007, where he went on to become a yacht detailer of a company he co-owns called Island Yacht Detailing. The Florida-based Artiste met popular DJ/Artiste/Producer, Supahype, and Dancehall Artiste, Chi Ching Ching, in 2009 which then revitalized his passion for music.

It wasn’t until 2019, however, that Paronyde began recording again. Since then, Paronyde has worked with Supahype from 2020 on several projects; Dave Richards and the Home Bred Band on songs called “Everybody” featuring Shauna Allen and “Freaky Girls” yet to be released under his label alongside Home Bred Productions; as well as Krish Will. He likes working with Supahype and sees many great tracks coming from the UPT camp for years to come.

It would be an honour for him to work with Kibaki, Spice, Ghandi, Jada Kingdom, Shenseea, Bounty Killer and Nitty Kutchie. Currently, a collaboration with the latter is already in the making. Paronyde is also working on his EP, with singles like “Yeng Yeng/110” released in May 2021 on the Styling Gel Riddim, “UFO Love”, “If I Should Die Tonight” and “Worl Gyalis” featuring Supahype, set for release in the upcoming months.

The preference is always to do Dancehall and Reggae music first but Paronyde has done records in other genres like Pop, EDM, Soft Rock and Hip-Hop/Rap. His versatility will carry him a long way, with the feedback being tremendously positive so far. Doing better for his Dancehall culture is what drove him to become an artiste in the first place; his talent and determination will help Paronyde do just that.

Paronyde is aiming towards winning a Grammy within 5 years’ time, giving him greater opportunities to easily collaborate with major artistes. His message to other upcoming entertainers like himself is: “Continue to be real. Stay focused and ready. Have a goal and work hard towards it.”

Relying on the support of his newly built team, Paronyde is sure to achieve his goals. He owns and is signed to his label, Island Yacht Music, and is managed by Chantelle Wright out of New York. The team also consists of his Jamaica-based Publicist, Lesley Hayles; Supahype, of course, and chances are, with more to be added in the future.

So far, the team is working overtime to create a buzz around Paronyde, starting with a feature in the new, Trinidad-based CMIX Magazine in May 2021 and much more to follow. New music is also on the way.

Contact management for all business inquiries via this email: chantelle.n.wright@gmail.com

For bookings and interviews, contact Lesley Hayles at: lesleyodyssey@outlook.com