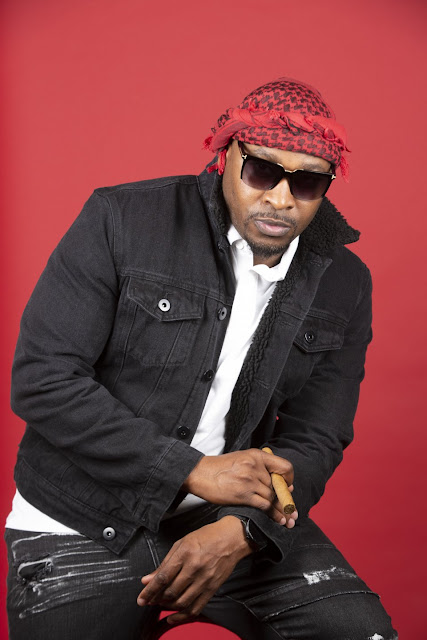 Born Kellan Harding in Hanover, Jamaica, Kelard Tha Lyricist grew up in a Christian household and would mainly hear music of the world when he went to the corner shop or city in taxis and buses. Though at the time he was not fussy about music nor being an artist, something eventually invoked a feeling in him since primary school.

Kelard migrated to Canada in 1990 at age 9 with his mother and 2 siblings, where the rest of his knowledge and education was accomplished. Being in a new environment now exposed him to a plethora of unfamiliar sounds, strange lingoes and new genres such as Rap, Rock, R&B and Pop. Kelard made friends who had an interest in the Rap culture. Out of mere curiosity, he started listening to Hip-Hop and was instantly a fan of the genre. With such artistes as Ice Cube, Snoop Dog, MC Hammer, Nas, Tupac, Biggie Smalls, LL cool J, Ghostface Killah, Scarface, Jay-Z and others.

Dancehall wasn’t prominent in his circle so Kelard didn’t have much access to the culture unless it was at a BBQ or some kind of Jamaican family gathering. His stepfather migrated to Canada a few years later, bringing with him cassettes of the sound systems at various events in the Dancehall. This reintroduced Kelard to the roots of his culture. He instantly reacquainted himself with the artistes of old and was introduced to the new ones such as Beenie Man, Bounty Killer, Shabba Ranks, Ninja Man and others, then later on to Baby Cham, Lexxus, Spragga Benz, Scare Dem Crew and Mad Cobra.

In Grade 11, a friend, Remy Don, challenged Kelard to jump on a track with him. He took the chance and came back the next day with a verse. Many years later, Kelard started taking music seriously and got invited to be on a few local shows in Canada. The newfound recognition as a lyricist with a mean flow brought along more performances in many venues throughout Toronto with the hopes of touring worldwide. His career really started taking off about 2016 when he recorded and promoted a song titled “Boasy”.

2018 saw Kelard on a local talent scouting show called Buss – The Canadian Showcase, where he did very well and was pegged as someone to look out for. He performed on other shows and kept building his name and following. Kelard released the songs “Seduction”, “Birth Right” and “Weh Mi Do Them”, along with his first video for Gaga Productions.

When COVID hit in 2020, Kelard wasted no time, taking it as a sign to go into solitude and re-calibrate. He recorded 2 collaborations with another Toronto artiste, Planky, called “Top Choppa” and “Street Craft”. Later that year, Kelard also released another song titled “Hustle Hard” for Planky’s Strike 1 Production label along with a few videos. He also collaborated with multifaceted singer/producer/songwriter Black Orchid to do a steamy, sensual song called “Show Yuh”. Kelard, Planky and Black Orchid performed virtually on Buss and were a crowd favorite. This set the tone for 2020, ready to take 2021 by storm.

Kelard registered an indie record label and publishing house, Idiosyncratic Muzyk Inc., with his business partner, Magna Huratio, signing himself then releasing “Wave”, his first song under their label, boasting their styles and lyrical dexterity. Kelard released the video for “Show Yuh” with Black Orchid and was an instant fan favorite. He followed up with “Set Mi Up”, produced by DJ Lassco.

Kelard will close 2021 with the release of another single, “Real G’z”, in November alongside golden voice singer, Dipherence, which speaks about the murdering of friends and the emptiness that is left behind after they’ve departed. This one aims to be an instant anthem for those who can relate.

Kelard Tha Lyricist shows no signs of slowing down anytime soon. His career is actually finally in a great position and he wants capitalize on it.