Getting To Know: Mzs Quanny - The Bio 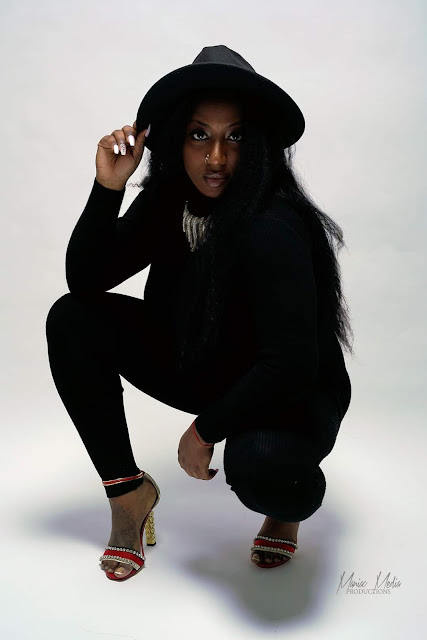 Quandasha Huggins, better known by her stage name, Mzs Quanny, is a multi-talented singer, songwriter, dancer and entrepreneur. Born in Camden, New Jersey in 1993, Quanny was raised in Philadelphia, Pennsylvania by a Kittitian mother and Jamaican father. Her Caribbean parentage garnered her laid-back character and attributed to her work ethic and artistic prowess. With a large family as her biggest supporters, Mzs Quanny is grateful for her close-knit family.

Quanny has been involved in the music industry from a young age, performing solos at the tender age of 5 on her school’s choir, with dreams of being on the Showtime At The Apollo stage. As a teenager, she competed in many international talent competitions, finishing in the top 5 each time. At this point, her love for music was unquestionable. After receiving her first microphone from a client at her mother’s hair salon, Mzs Quanny started putting ink to paper and began writing original songs. With each stroke of the pen, she embraced her talent to speak to the world through her lyrics.

Growing up, her motivation was driven by the sounds of legendary artistes Beres Hammond, the late Michael Jackson, Missy Elliot, Sanchez, Toni Braxton and much more, due to their diverse styles. Mzs Quanny has managed to build relationships on her own with top recording studios in Philadelphia, such as MilkBoy and Studio Breed, and even becoming affiliated with popular names like Rorey Baker, Clive Hunt, Blake Winters, Boots Green, Xyclone and Top Coote King Shizzle, among countless others.

Mzs Quanny recorded her first debut single, “Bruk It Off” in 2016. This song was written during a time where she chose to be more carefree with her lyrics. As a dancer, she wanted to create a song that was suitable for the ladies that love to “bubble and wine”. After her first single, Quanny decided to take her music to the next level with “Badness”, which was released in early 2018. It sent a message to all women to show off, believing that there is nothing sexier than a woman with confidence.

However, Mzs Quanny didn’t stop there. That same year, she wanted to challenge the status quo with her single called “Beast”. Mzs Quanny ejected an American-island vibe to the world, expanding her style of music and appealing to a much broader audience, changing the revolution of music, as an artiste.

She has opened up for artistes like Wayne Wonder, Spragga Benz, Aidonia, Dexta Daps, Masicka, Tifa and others too many to be named, while gaining radio play, supporters and fans overseas in countries such as Italy, Jamaica and England, to list a few. Mzs Quanny is a real performer and a well-rounded artiste that holds true to her roots and culture.

Quanny entered 2020 with hits “On The Way”, “Time” “Sirens” and “High”, which has caught the attention of Atlanta’s very own Carlos Brown, the man behind rapper Lil Baby. She has hit Reggae Top 100 Charts on iTunes with one of her most current single, “Bruk It Off (Remix)” featuring Xyclone at the #46 spot. Mzs Quanny signed a management deal with Lesley Hayles, a public relations officer, artist manager and booking agent who turned producer, featuring Quanny on her first project, the Ride Me Riddim compilation, with the title track, “Ride Me/Ride It”. Her Album “Don’t Mean To Brag” is set to release in 2021. At the moment, the focus is on her latest track, “Time Is Now”, an empowering song highlighting the need of unification, a stop to racial injustice and other pressing issues so prevalent throughout 2020 especially.

Truly, this boss woman is on a mission, not only in the fiery corners of the Reggae culture where her flirtatious lyrics cause women to “dutty wine” for their men but also touching each genre internationally, from Reggae to Dancehall to R&B to Pop. Mzs Quanny has become known for merging her Jamaican rude gyal vibes with the American R&B/Hip-Hop culture, placing her in a rare and unique genre of her own. The multifaceted 27-year-old businesswoman is definitely making an impact in a male-dominated industry – Mzs Quanny is an artist moving in her own lane.

Quanny can be defined by her passion and originality, making her one of the most authentic singers of today. She is ready to make her mark on a GRAND scale; it’s time to get on her level!

In the media, Mzs Quanny has been featured in the Jamaica Star, Jamaica Observer, McKoys News and Bashment Session Magazine among others, and has had her songs played everywhere including Suncity FM in Jamaica, The Beat FM in Rochester, New York and many more worldwide. Keep up with all things Mzs Quanny by following her on social media, subscribing to her YouTube channel, streaming and purchasing her music available everywhere online on all media outlets.

For all business inquiries, please contact her manager, Lesley Hayles, on social @LesleyOdyssey or via call/text at 1-876-414-2660.